7-11-21 Missing Jo, can't wait till she's over her heart rehab limitations, still headed out for a solo ride to Cottonwood Park in Co. Spgs. CO.

Well Jo is still not able to ride her trike so I headed out solo and decided to head to Cottonwood Park via the Pikes Peak Greenway and the Cottonwood Creek Trail. Sunny, hot at 85 F+ sunny but quite a bit of "smoke" in the air from forest fires here in CO. and other close States! Headed out the Greenway, not much trail traffic headed up to Criterium Bicycles to get a different helmet mirror as the one I bought just isn't working well! Alas, I arrived a 9AM and they didn't open till 10 so I continued and picked up the Cottonwood Creek Trail heading east to the park to eat my brown bag lunch! Thought about doing the rest of the CCT heading north east from the park but it's so barren, no parks, no stores, etc. decided to just turn around and head west back to the PPGW over to the Palmer-Mesa Greenway to it's end heading north, then headed back to the apt. 20 miles, the ride their is uphill grade but it's FUN coming back to the West!! Still can't wait till Jo can start riding her trike again, it get's lonely eating by yourself!! 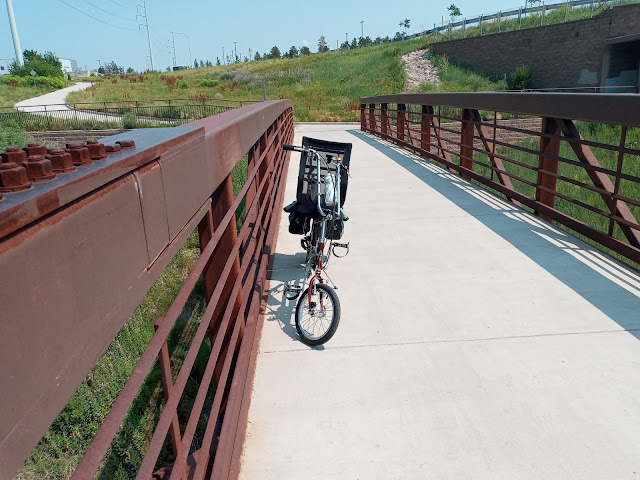 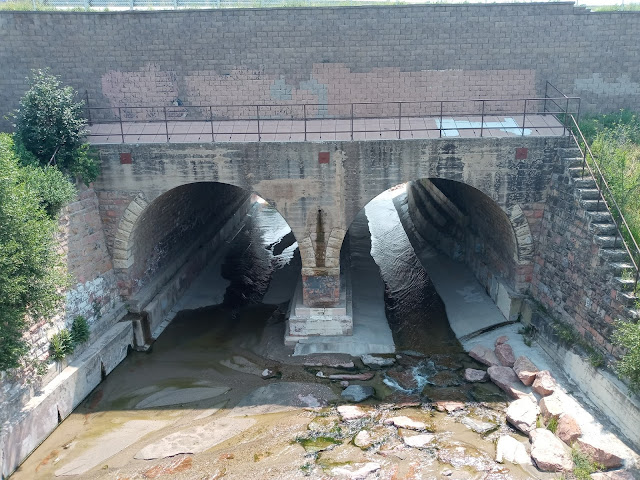 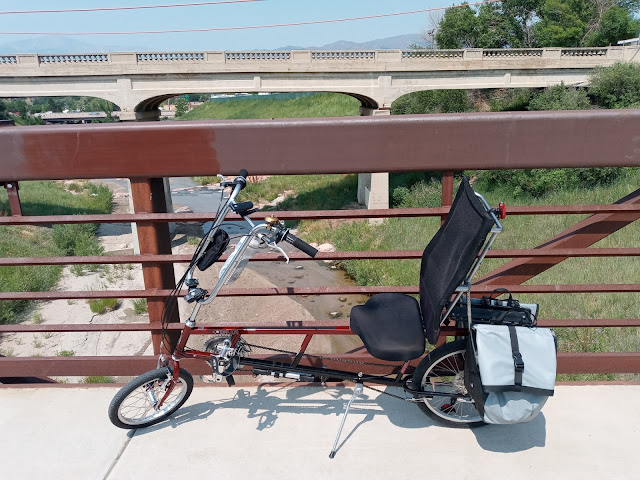