On Saturday June 16th. we rode the Rock Island Trail, this is the main West to East trail here in Colorado Springs going from towards down town to out to the far east side of Colorado Springs. This trail is laid on the old tracks of the Rock Island Railroad that came into Colorado Springs from Chicago but the line was closed in the 1980's. There's one small part of the trail that's still not hooked up from the Pikes Peak Greenway Trail to Jackson/Weber St. where the trail connects to Shooks Run Trail heading south. The trail is 6.5 miles long heading east to it's current ending point at Powers Blvd. Some day this trail will hook up with the dirt trail heading out East into the eastern plains of Colorado.

It was gray and cloudy, 80F+ and in some places WINDY! This trail has many sharper uphill grades in places so it was a great place to test the "upgrades" I made to my trike, (upgraded to a 9-speed 11x40 cassette and shifter system) and they worked great to make the ride even more enjoyable! We rode out to the end then headed back for the round trip of 13 miles back to the park were the van was parked, loaded up and drive over to the "Drive Inn" again for lunch! :) 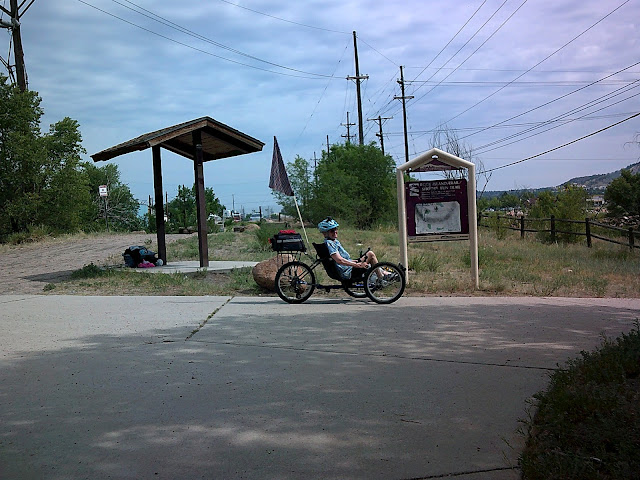 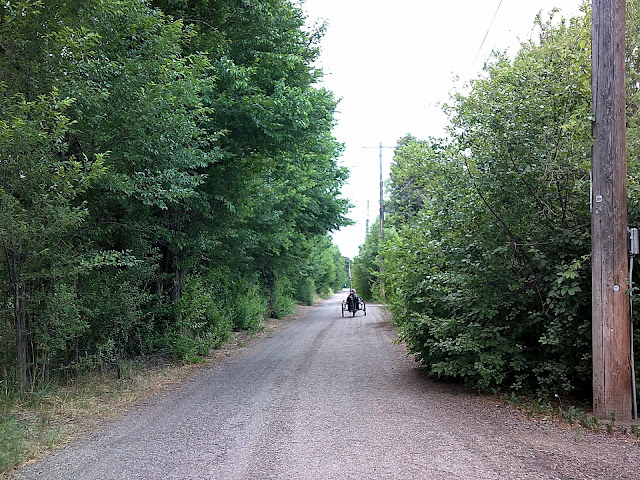 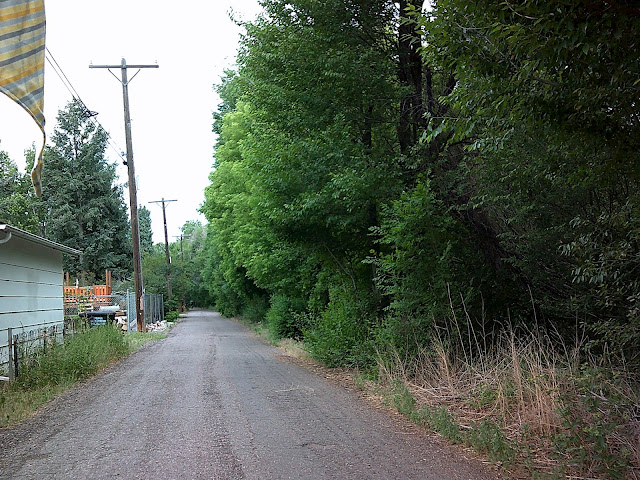 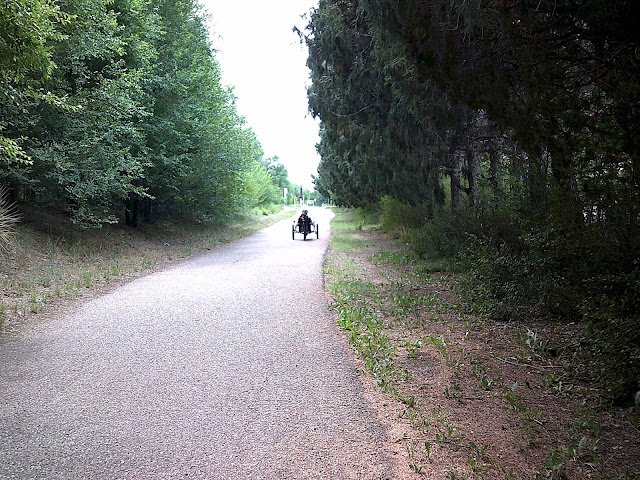 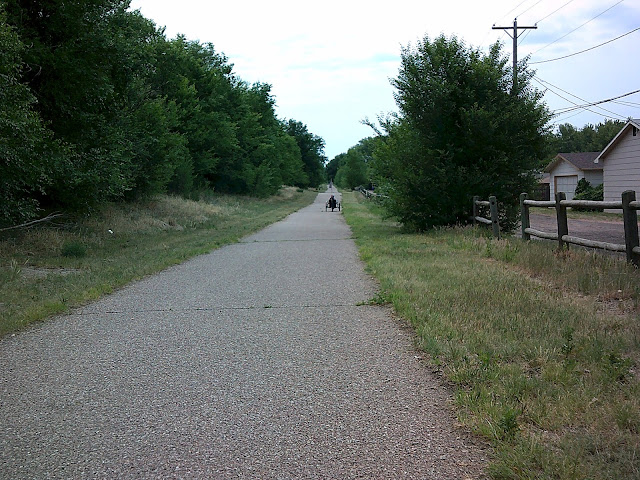 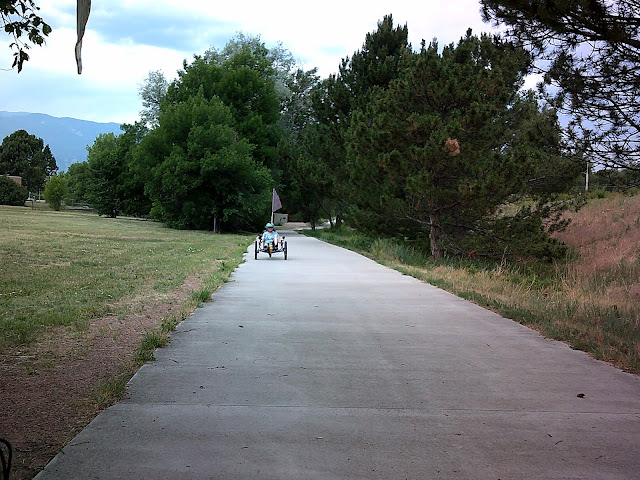 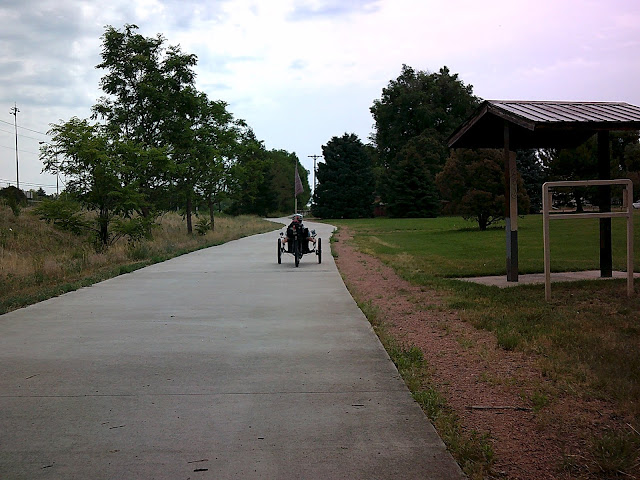 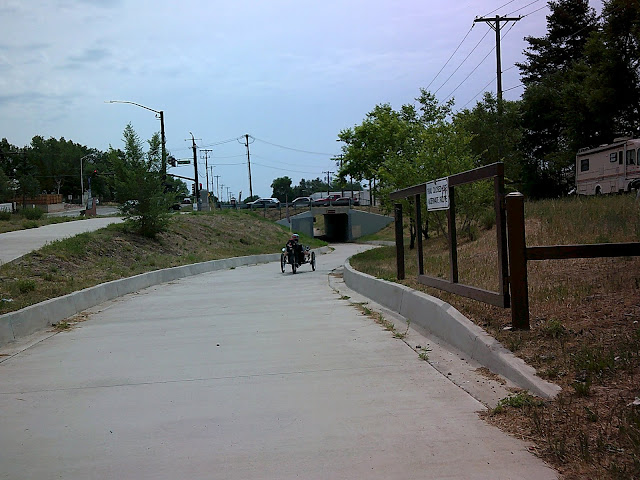 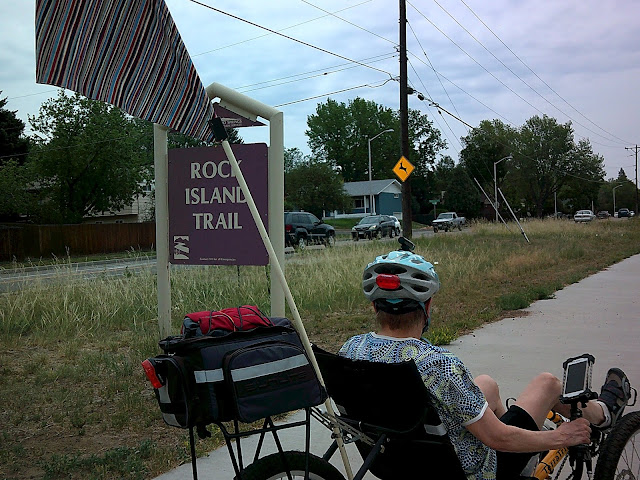 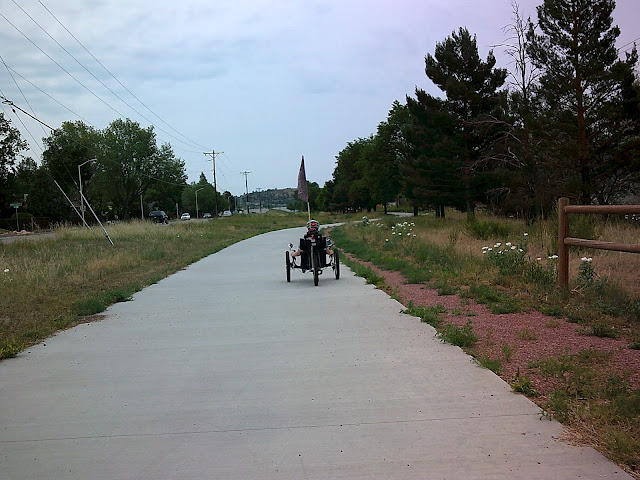 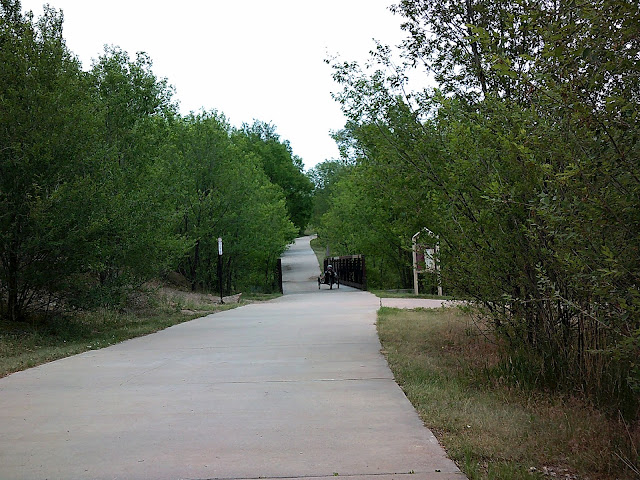 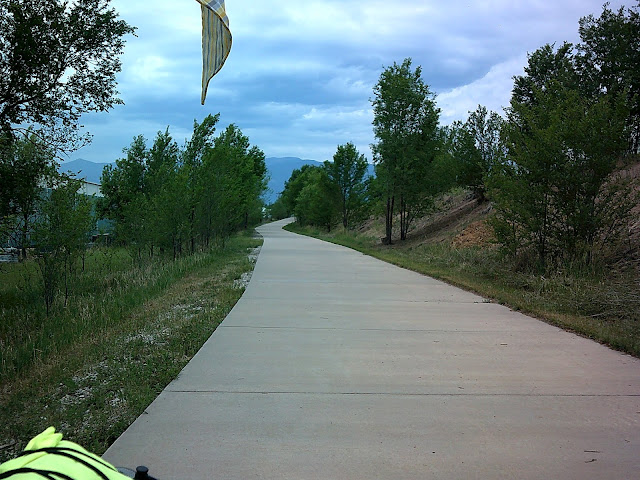 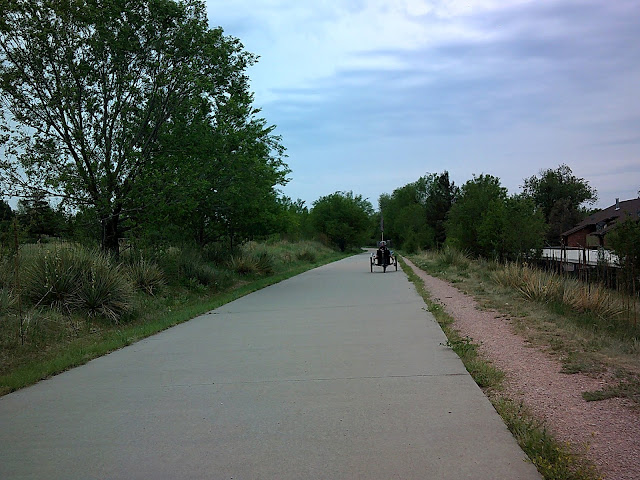 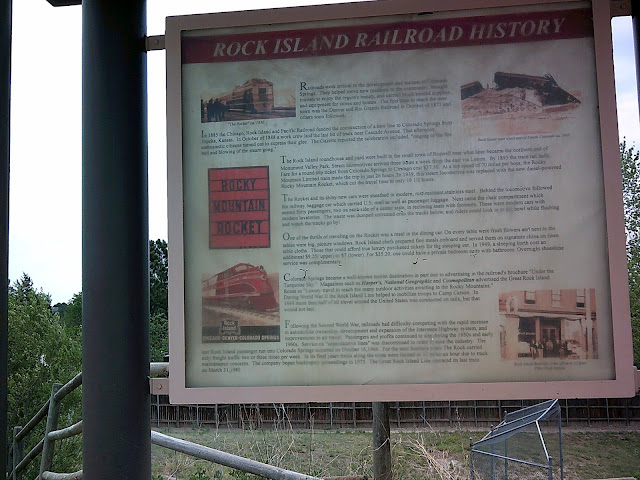 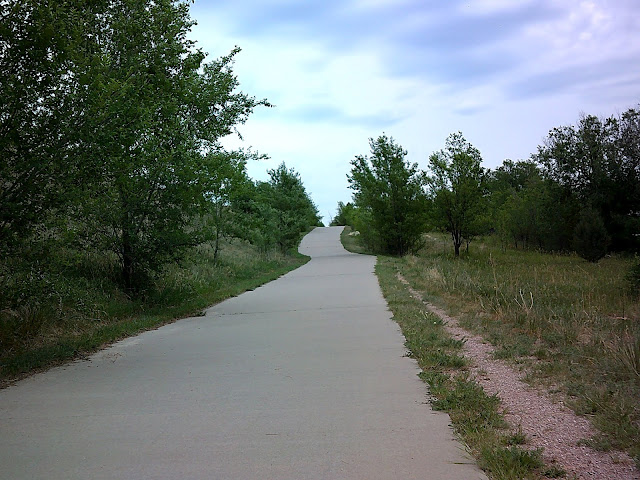 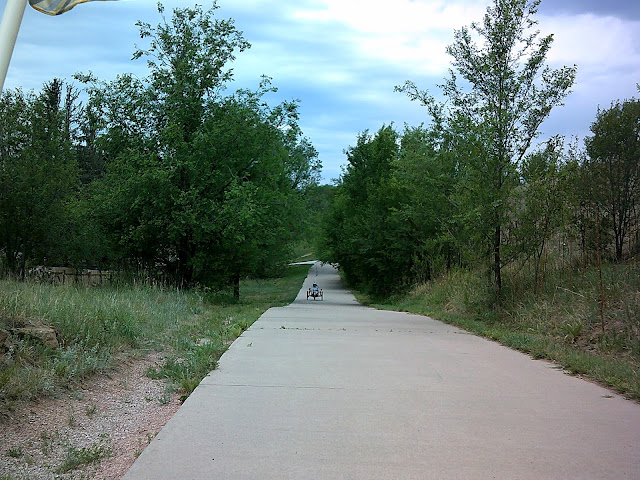 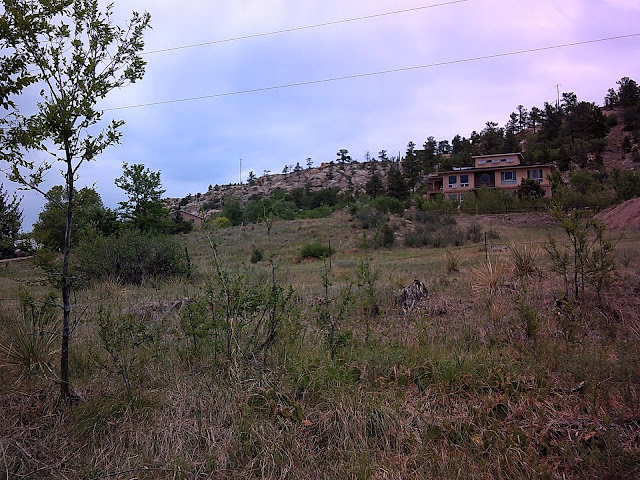